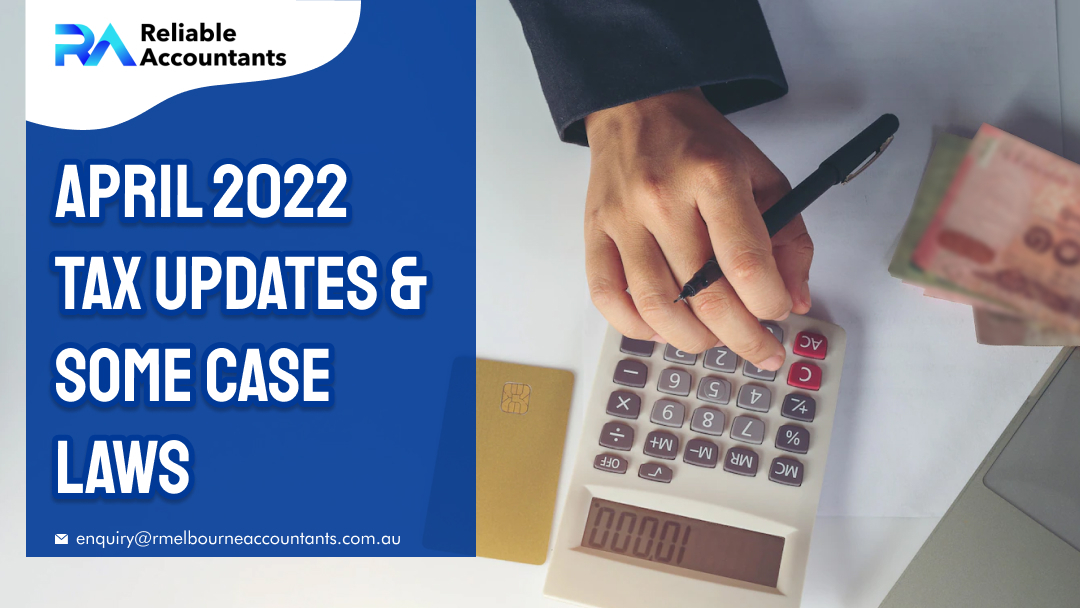 For accountants and advisers, a summary of the April month’s most essential details.

The Assistant Treasurer has issued a press release in response to the ATO’s draught guidance on section 100A. The Assistant Treasurer suggests that the government consider making legislative changes in this area. The government will keep an eye on the ATO’s draught guidance consultation process and consider any necessary changes to the law if any negative retrospective effects emerge.

The government will assess the consequences of the recent High Court judgement in the Carter case if any inequitable outcomes may be addressed through legislative change, according to the media release. The issue concerns the tax implications of a beneficiary’s request to reject a trust distribution.

DEBTS PLACED ON HOLD BY THE ATO

DEDUCTIBILITY OF COSTS INCURRED IN ESTABLISHING AND MAINTAINING AN ESS

DISCLAIMING AN ENTITLEMENT TO A TRUST DISTRIBUTION

The AAT noted the following in reaching its decision:

There are exceptions to the rule that it is difficult to claim the costs of gym memberships, even for taxpayers with physically demanding jobs. There are a few key takeaways from this case.

According to the AAT, there is no reason why this approach should not be applied to correctional officers who are the Emergency Response Groups’ members and train and control dogs.

While all legislation before Parliament has now expired as a result of the Federal election, some legislative instruments have been released in the last month that clean up the details of some recent tax measures.

The Treasurer has issued a new legislative instrument in response to the 2022-23 Federal Budget, which expands the list of COVID-19-related payments and grants from Territory and State governments that can qualify as Non-Assessable Non-Exempt (NANE) income.

It is essential to note that NANE income treatment is only available if the grant recipient runs a business, has an annual turnover of less than $50 million, and receives the grant in the 2021 or 2022 tax year.

This legislative instrument establishes the qualification criteria for determining whether a person was harmed by the Queensland floods in February 2022 and may be eligible for the disaster recovery payment.

The instrument states that a person is considered to be harmed by a major disaster if any of the following conditions apply:

A taxpayer aged 67 with an account-based pension, for example, would normally be required to withdraw at least 5% of their account balance in the income year. This has been cut in half for the 2020-2023 period (i.e., to 2.5 percent).