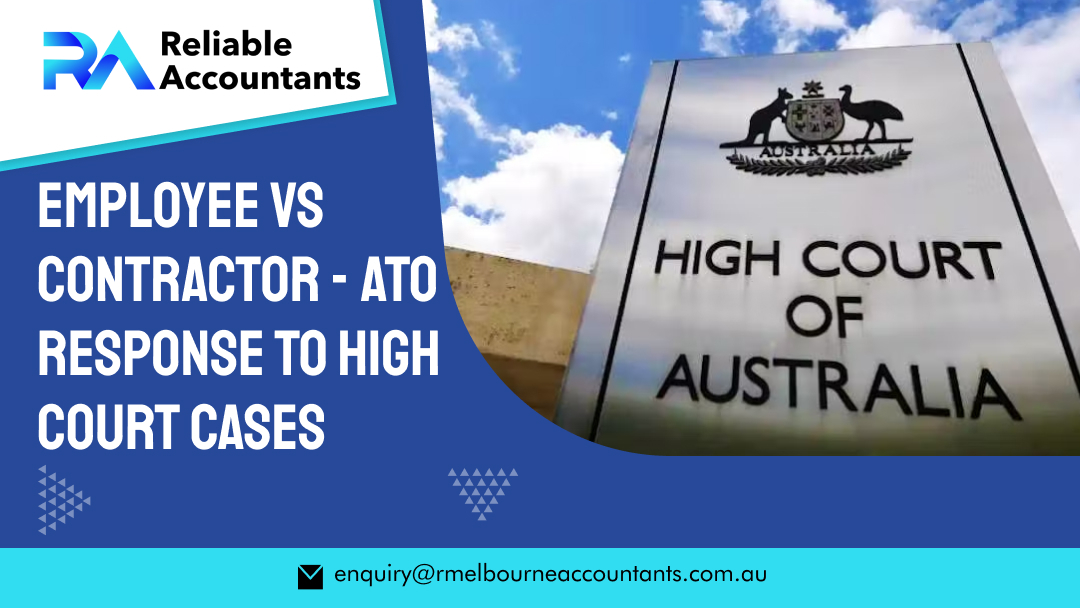 Over the last few decades, the utilisation of contract labour has risen dramatically. Employers like it, and many workers prefer the autonomy and flexibility that comes with being a contractor.

The development of a contract labour force to operate in support of their employed workforce has been embraced by all sectors of the market, including SMEs.

It is regarded as a more flexible form of engagement, matching costs to activity without the burdens of employment. As a result, many business owners believe that once they hire contractors and the parties agree on a contract rate, they can ignore the other on-costs normally associated with employees.

Many business vendors, however, have discovered that this is not always the case, especially when it comes to superannuation guarantee (SG) obligations.

The ATO has been focusing on this area for some time, and recent cases have highlighted how difficult it can be to navigate this area in practise.

Because of these cases and the ATO’s continued focus on this area, business owners and their advisers should review their arrangements and ensure that they are not showing material liabilities.

What Does the ATO Say?

SGR 2005/1 is the primary source of ATO guidance on this topic in the context of the superannuation guarantee system. The ruling’s main goal is to clarify when an individual is treated as an employee for SG purposes, whether under common law or under the expanded definition of employee in section 12 SGAA.

As you might expect, the ATO states that determining a worker’s classification requires an examination of relevant indicators and factors expressed in relevant case law. There is no single factor that determines the parties’ relationship; all relevant factors must be considered.

To distinguish between a contractor and an employee, take into account the implied and express terms of the parties’ contract, and the circumstances surrounding the contract’s formation.

Because the distinction between a contractor and an employee is important in so many areas, there has been a substantial amount of case law on the subject, as well as a set of key indicators.

A CONTRACT ‘WHOLLY OR PRINCIPALLY’ FOR LABOUR

A contract is primarily for labour if more than half of the contract’s value is for the person’s labour, which can include mental effort, physical labour, or artistic effort, according to the ATO. The ATO states in paragraph 11 of SGR 2005/1 that a worker will be treated as a worker under this point if the contract terms and the parties’ conduct indicate that:

What are the Courts Saying?

In a number of cases, the Administrative Appeals Tribunal and courts have considered the difference between an employee and a genuine independent contractor. The courts have acknowledged that the line between the two is not always clear.

The ATO stated that the High Court has not changed the long-standing practise of looking at the entire relationship. However, the court has clarified that if the written contract between the parties is an accurate and accepted record of the parties’ agreement, it is necessary to focus on the terms of that contract to establish the character of the relationship.

The High Court rejected the multifactorial test, which requires considering all aspects of the contractual arrangement over a long period of time. However, Kiefel CJ, Gordon, Keane, Edelman, and Steward JJ thought that a Court could look beyond a written contract and consider the parties’ conduct in situations where:

When describing the contractual relationship between the parties, the long-established employment indicia are still relevant. They must, however, be considered in light of the focusing question or prism of whether the worker is employed by the employer.

The Commissioner’s application and understanding of the business integration test can be seen here. That test has been elevated by the High Court as one of the primary and focusing aspects of the contractual terms examination. Furthermore, the High Court has maintained its emphasis on control analysis as a complement to the business integration test.

The High Court’s observation that the utilisation of labels in a contract should not be used to determine the nature of a relationship is in line with the Commissioner’s previous views expressed in a number of public advice and guidance products.