The ‘backpacker tax’ and the Addy case 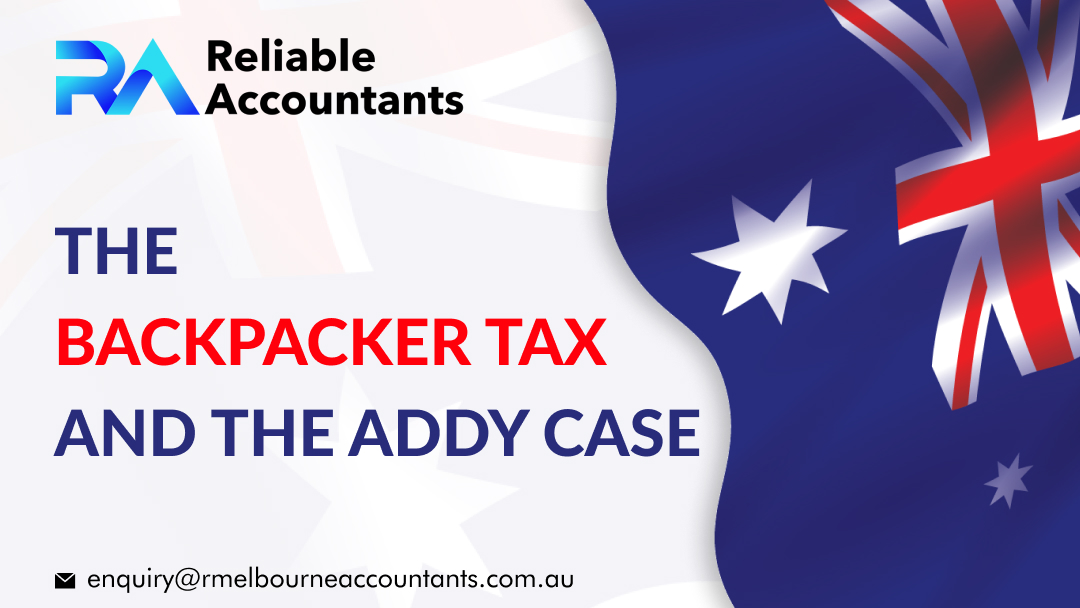 In November 2021 the High Court handed down its decision in Addy v FC of T [2021] HCA 34. The High Court held that Australia’s ‘backpacker tax’ is inconsistent with the non-discrimination clause contained in the double tax agreement (DTA) between Australia and the UK. This means that some individuals who have been in Australia on working holiday visas in recent years might be eligible for a tax refund, but this will depend on the facts.

This case involved an appeal by the taxpayer from the earlier decision of the Full Federal Court which held that the working holiday maker tax rates were valid and that the DTA did not prevent the backpacker tax from applying to the taxpayer.

However, the High Court has overturned that decision and found that the flat working holiday maker tax rates is not valid in some situations.

Article 25(1) of the DTA between Australia and the UK basically seeks to ensure that nationals of the UK shall not be subject to more burdensome taxation in Australia compared with the tax that is imposed on Australian nationals in the same circumstances (including their residency status).

In this case the taxpayer’s tax liability under the backpacker tax rules was higher than it would have been had she been taxed like Australian citizens who are residents of Australia. This is because the backpacker tax basically imposes a flat 15% rate of tax without taking into account the tax-free threshold that normally applies to Australian tax residents.

As a result of this decision, some individuals who have been taxed under the backpacker tax rules may be able to obtain a tax refund from the ATO. However, there are a couple of key points to bear in mind.

Firstly, one of the key features of the Addy case was that the taxpayer was classified as a resident of Australia for tax purposes. Many individuals who are living or working in Australia on a working holiday visa will be classified as non-residents in which case this decision will be less relevant.

In guidance issued since the High Court decision was released the ATO confirms its view that most holders of working holiday visas will not be Australian residents for tax purposes. This is because individuals who come to Australia primarily for a holiday are not generally residents of Australia, even if they undertake some work while they are here. However, this is not always the case and in some situations an individual might become a resident of Australia, especially if their intentions change and they decide to settle in Australia for an extended period of time.

Secondly, it is important to remember that the decision is only likely to be relevant to individuals who are a citizen / national of a country that has a DTA with Australia containing a non-discrimination clause that is similar to the clause found in the UK DTA. At this stage the Australian DTAs with Chile, Finland, Japan, Norway, Turkey, the UK, Germany (from the 2018 income year onwards) and Israel (from the 2021 income year onwards) contain similar non-discrimination clauses.

Now is the time for practitioners to identify clients who could potentially be impacted by this decision and who might be able to obtain a tax refund. If any clients are affected by the decision in the Addy case, then it will be necessary to seek an amended assessment. If the normal amendment time period has expired then the taxpayer can potentially lodge an ‘out of time’ objection with the ATO, explaining the reasons why the objection was not lodged on time. The ATO has indicated that stating you were waiting for the outcome of the Addy case is sufficient for this purpose.