Comprehensive Information from Selling Business to Getting Access to JobKeeper 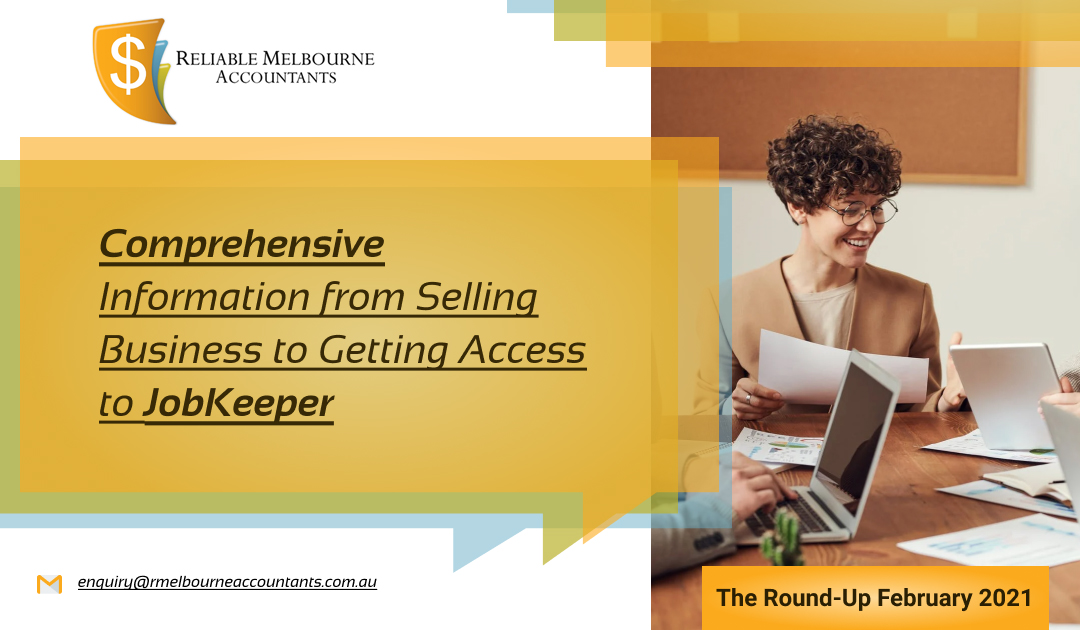 The Best Way to Sell Your Business

Most often, people ask us the best way to sell a business. For this, you need to consider some important aspects that play a vital role in the sale of the business. The first aspect is structuring the transactions and the second aspect is positioning the business in the market.

Ensure you get a sale and accelerate your price to position the business. It will cover all important aspects like making sure that there are no obstacles within your business that can limit its saleability, get to know about the competitive position of the business within its market segment, ensuring the performance is good as it needs to be, and the business benchmark is good in the market. Positioning the business also includes the best time to bring your business to the market, how to take it and who will be the buyers.

The effect of COVID-19 has been varied from region-to-region. Fortunes change wildly between business operators subject to running lockdown and trading hindrances to those leveraging from the “new normal.”

JobKeeper might be available for those who are infected by COVID-19. The third and last stage of JobKeeper began on January 4 and going on until March 28, 2021. To acquire JobKeeper, employers are required to have experienced enough downturn (a 30% threshold applies to most entities) in their actual GST turnover in the December 2020 quarter as compared to the same period in 2019-even through alternative tests exist.

My business did not previously qualify for JobKeeper. Can I access it now?

The fact behind this is that you haven’t prior enrolled yourself in JobKeeper or fulfilled the eligibility conditions previously to the beginning of the new phase of the JobKeeper scheme must not hold you back from accessing the JobKeeper from January 4, 2021.

We have been in JobKeeper previously. Do my employees need to complete a new nomination form for JobKeeper from 4 January 2021?

If employees have previously provided you a valid nomination, then they don’t need to give you a new enrolment form. Make sure that you possess the original form in your file and the notification copy that you sent to the employee confirming that their full detail was given to the ATO and suggesting to them the payment rate that applies to them.

What’s included in GST Turnover for the decline in the turnover test?

Employers have to satisfy a decline turnover test if they want to access JobKeeper. The decline in the turnover test for JobKeeper from January 4, 2021, compares actual GST turnover in the quarter of December 2020 to the same period in 2019.

Your GST turnover might include proceeds from the capital asset’s sale, including property, licenses, or equipment unless the sale is taxed. Current GST turnover incorporates GST-free and taxable supplies but needs to exclude input taxed supplies like residential rental income and financial supplies such as interests and dividends, etc. JobKeeper and the ATO cash flow enhance payments must be excluded from calculating with other payments that don’t introduce consideration supply made by the business, such as certain State-based grants.

If your business is accepting payments in cash, then you need to identify these payments as part of the GST turnover collection, even though services are not provided to the customers yet. For instance, if your business accounts are on a cash basis (for GST), then ensure to identify the payment for GST purpose, as it is accepted, and include it in your GST turnover calculation, even though your goods have not been delivered to the customers yet. Some special rules are there, where security deposits apply to defer the GST liability, however, rules are restricted or limited in their application.

Being a part of the GST group, each and every entity has to calculate its GST turnover as if it were associated with the GST group. That is, if the supply is made by another group member, then it should not be included in GST turnover for the purpose of decline in the turnover test.

When I stood down my employees, they started working for someone else to get by. Can they still receive JobKeeper?

If you are trying to access JobKeeper, then employees should have been either part-time, full-time, or long terms casuals of your business on either March 1, 2020, or July 1, 2020. Having an intact employment relationship, then the employee is doing some work for another entity doesn’t necessarily hold back ongoing access to JobKeeper with you, their original employer.

It is obvious that employees can receive JobKeeper from one employer and some eligibility conditions need to be met. 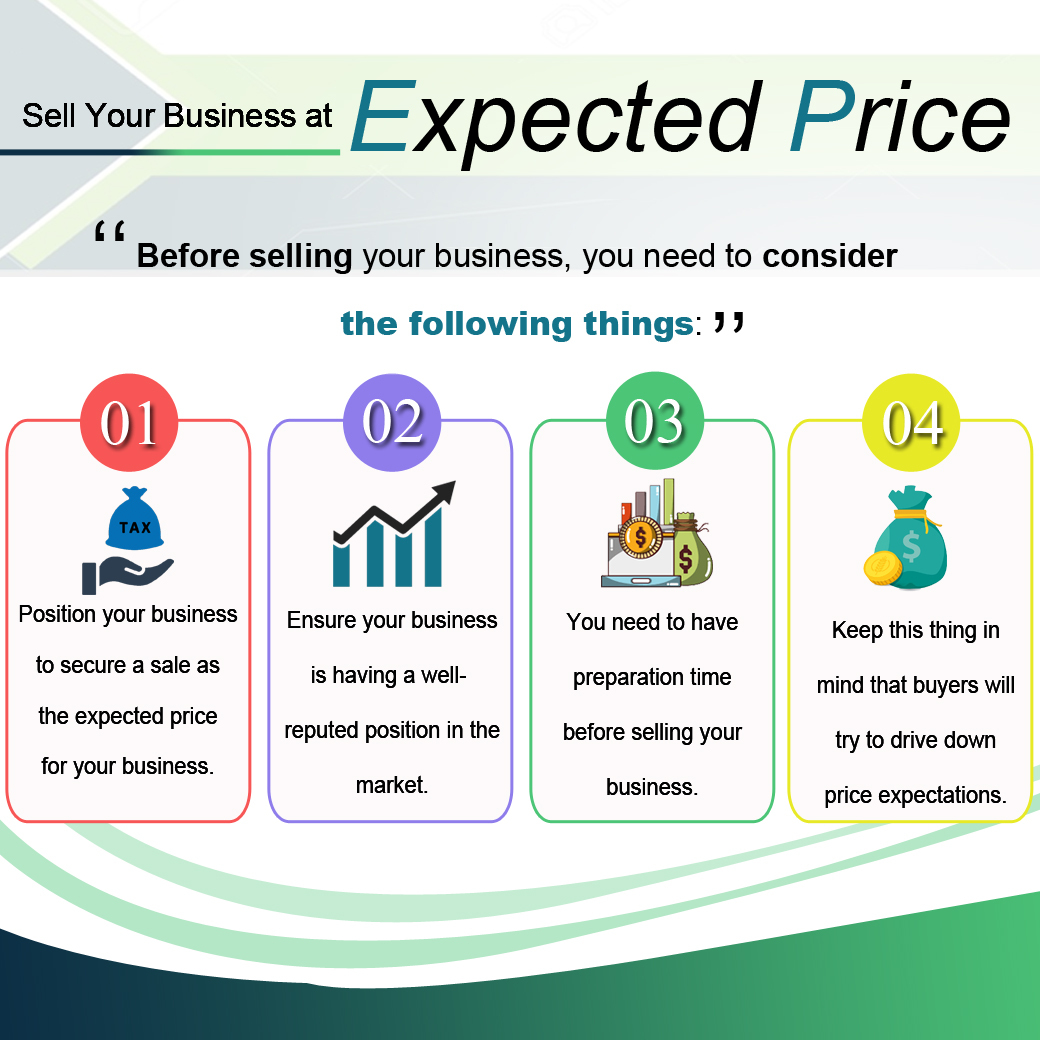 Before the Administrative Appeals Tribunal (AAT), a sole trader was able to backdate his ABN has received access to JobKeeper payments in a prior case.

You need to have an active ABN on March 12, 2020, to be eligible to access JobKeeper being a business participant. The rules have also given the Tax Commissioner the discretion to enable further time for an entity to get registered for an ABN.

In this case, A sole trader was an expert property valuer who had been in the business since 2012. In 2014, he set himself as a sole trader and got registered for an ABN and GST. He decided to retire, in 2018, while canceling his registration for GST and later leaving his ABN with effect from June 4, 2018 – even though he knew that he can start up again if needed.

In June 2019, former colleagues made him realized to accept new work, and he was contacted by the client who engaged him to give his services in September 2019.

A Sole Trader said that he didn’t know that he required reactivating his ABN as he believed that ABN was needed if he wanted to register for GST. He didn’t know that he could earn over the GST threshold of $75000. His customers also didn’t withhold tax from payments to him as needed when payments are made to the supplier without any valid ABN.

On March 31, 2020, He applied and got his ABN reinstated. Then on April 20, 2020, he applied for JobKeeper but didn’t able to get it because he didn’t have a valid ABN on March 12, 2020. In June, He contacted the registrar of the Australian Business register seeking to possess the date of effect of his ABN corrected to align with his resumption of trade. The registrar later adjusted the date of effect of the ABN to July 1, 2019. With the help of this adjustment, He believed that he had his active ABN on March 12, 2020, needed by the JobKeeper integrity rules.

The tax Commissioner refused to accept the backdated ABN as an active ABN and denied to use his discretion to enable He access to JobKeeper. However, the Administrative Appeals Tribunal (AAT) found:

“We are satisfied the applicant is the kind of person who was intended to benefit from the JobKeeper scheme. While his business was small and his income irregular, he still satisfies all of the eligibility criteria … There is nothing to be achieved by denying him access to the payments in order to make a point about the desirability of obtaining an ABN.”

The AAT came in the favor of He and directing the ATO to enroll him in JobKeeper for the relevant time. The legal firm representing A sole trader says, “Small businesses that have been refused JobKeeper might now qualify for JobKeeper – and be entitled to make claims back until the beginning of the scheme in April 2020.”

The ATO has submitted the appeal with the Federal Court of Australia in the Apted case, and they stated that it would not be pre-emptively review decisions of eligibility until the result of the appeal has been delivered.

Giving hope to those who have prior been denied access to the JobKeeper under the strict interpretation of the rules is the new report from the Inspector General of Taxation (IGT). JobKeeper and cashflow boost need that the business had some business income in the 2018-2019 income year and informed the ATO of this by March 12, 2020, or made some supplies connected with Australia in a tax period that began on or after July 1, 2018, and ended before March 12, 2020, and informed the ATO of the supplies by March 12, 2020.

In her report, the IGT has cleared that, “…for the purposes of the [JobKeeper] and [Boosting Cash Flow] support measures, a taxable supply can be made where an entity makes or acquires a financial interest, for example, by opening a bank account, as this constitutes the making of a financial supply. Such a supply might have been made during the commencement of the business, well before the business had made its first sale.”

For any business finding redress on the JobKeeper or Cashflow boost eligibility decision, apply strict timeframes. Apart from the ATO’s reticence to involve in those issues until the result of the Federal Court is known, it is vital to lodge the required applications or objections to make sure the window of the opportunity is not skipped.

On January 1, 2021, new laws have introduced that represents a simplified liquidation framework and debt restructuring for small business.

Key features of the chapter 11 bankruptcy model in the United States, the new system is aiming to accelerate the insolvency process, minimize cost (where possible), restructuring the help business to survive. Under prior insolvency laws, no matter what is the size of the business, the insolvency process treated them the same. However, the new law is different from the previous one. The liquidation framework and debt restructuring is available to include entities with liabilities of less than $1 million with non-complex debt. The requirement of liquidation is that a company must be up-to-date with its entitlements and tax obligations.

The updated laws are planned to help to manage the tide of insolvencies expected now that the temporary insolvency in relation to relief for financially distressed businesses has ended. In November 2020, around 306 businesses stepped into external administration as compared to 748 in November 2019.

To stop the new laws from being abused by the phoenix, a company is not qualified to utilize the debt restructuring process if the company director or company itself has previously been through this procedure or the simplified liquidation process. The availability of new laws is not there if the company has already stepped into an external administration process.

If a company is not feasible, the directors can resolve to voluntarily terminate the company and access the streamlined insolvency process. After the resolution passed, the directors will have 5 business days to give the appointed liquidator along with a report on the company’s business affairs and an announcement that the company fulfills the eligibility criteria to access the simplified liquidation process.

If the liquidator is satisfied that the company is eligible for the simplified liquidation process, the creditors are advised of the procedure that will be adopted. The creditors are allowed to reject the approach if 25% or more by value is opposite the process.

Streamlined insolvency is developed for companies with having simple affairs and is limited to those who have liabilities under $1 million and are updated with taxation obligations. It makes use of the existing insolvency framework but it simplifies the interaction with ASIC and creditors. For instance, beyond the simplified system, the liquidator may gather creditors meeting at any time to make creditors up-to-date, or to approve the fees of the liquidator. The simplified system eliminates the obligations for a liquidator to gather these meetings with managed communications electronically. And, in the simplified system, the mistakes of creditors are limited, creditors for instance can’t appoint a committee of inspection to audit the conduct of the liquidation.

Strict timing will be applied to the insolvency process. If your business is not able to meet its obligations, then you can contact Reliable Melbourne Accountants as soon as possible, we will make efforts to help you out.